Fees from advising corporate clients on mergers and other deals raised bottom lines across Wall Street. Bankers say it’s a good sign for the recovery.

The dealmakers at the nation’s biggest banks are the busiest they’ve ever been. Interest rates are low, private equity firms flush with cash are looking for promising investments, and companies are aggressively pursuing mergers at a breakneck pace. 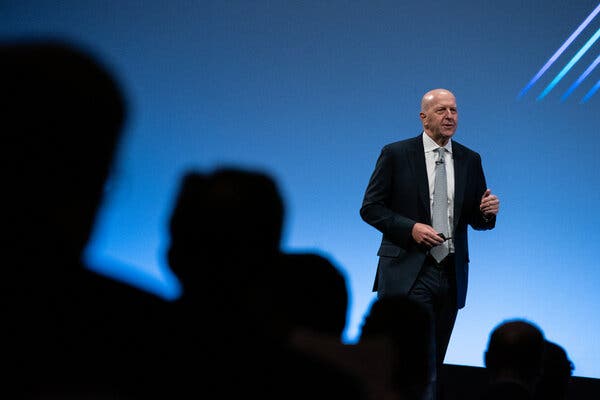 Wall Street banks announced blockbuster quarterly profits this week from a record wave of transactions that shows no signs of ebbing: Even in the face of surging inflation and shaky consumer sentiment, corporate clients are ready to deal — and bank leaders say that’s a reason to be optimistic about the economic recovery.

“Whenever C.E.O. confidence is high, M&A activity increases,” David M. Solomon, Goldman Sachs’s chief executive, said in an interview Friday after the bank reported third-quarter earnings of $5.38 billion, surpassing analyst forecasts. “The world’s resettled a bit coming out of the pandemic, and that is now giving a lot of companies an opportunity to really take note of where they want to go.”

A record $1.6 trillion in mergers and purchases were struck worldwide in the quarter, according to a research report from Refinitiv. That, in turn, set records for advisory businesses across Wall Street: Goldman Sachs and Morgan Stanley tallied record revenues, JPMorgan Chase and Bank of America announced all-time high fees, and Citigroup’s mergers and acquisitions bankers had their best quarter in a decade.

Goldman Sachs has already had the most profitable year in its history — earning $17.7 billion so far — with three months to go. In the most recent quarter, its bankers closed transactions including the $32 billion spinoff of Universal Music Group by the French conglomerate Vivendi and Salesforce.com’s $28.1 billion purchase of Slack Technologies. Those were two of the 10 biggest deals completed in the three-month period ending in September, according to Dealogic.

Sharon Yeshaya, Morgan Stanley’s chief financial officer, said the financial, health care and technology industries in the Americas and Europe have been the hottest areas, but momentum was building elsewhere, too.

“What we’re seeing is really strong pipelines,” Ms. Yeshaya said in an interview after the bank reported a jump in profits to $3.7 billion. “The strength is broadening.”

The frenetic pace has persisted despite the economic upheaval caused by the pandemic, trade disputes and geopolitical tension, Matt Toole, director of deals intelligence at Refinitiv, wrote about the record quarter. Buoyant stock markets, low borrowing costs and the emergence of new buyers from special purpose acquisition companies will continue to prop up activity, he wrote.

Even so, there are plenty of factors that could put the brakes on. Tougher regulators in the United States, rising prices for goods and services and central banks’ moves to cut back on stimulus efforts “will all contribute to how much further this cycle has to go,” he wrote.

Even as they maintained an optimistic outlook, bank chiefs acknowledged there were many factors that could slow things down, including supply-chain problems that have lasted for months and driven up prices for materials and goods. And economic indicators remain mixed: While bank bosses cited increasing consumer spending as a positive sign, consumer confidence is falling.

Perhaps the biggest potential disrupter remains the Federal Reserve. Officials at the central bank could dial back some of their support measures for the economy as soon as next month, and have begun debating when they might need to raise interest rates to tame inflation.

But Jason Goldberg, an analyst at Barclays, said the uneven recovery just isn’t a major concern for the banks right now, especially when it comes to the deals they’re helping line up. Volatility is historically the biggest hurdle to deal-making, he said, so analysts are watching the stock market closely. But he expected global deal activity to remain high for some time.

“You’re seeing many companies across industries re-examining their business models coming out of the pandemic,” Mr. Goldberg said. And they have a range of reasons to strike deals, he said: building scale, bolstering their digital operations, smoothing out their supply chains and making use of stockpiled cash.

Mr. Solomon of Goldman Sachs says the number of deals the bank is working to complete is evidence of an “extraordinarily robust” climate. Still, he cautioned that deal making may recede slightly from its breakneck pace.

“We’re clearly recovering coming out of the pandemic, but it’ll be interesting to see the trajectory of the recovery” and what other economic factors come into play, Mr. Solomon said. “But at the moment, with high corporate confidence, that’s having an impact on M&A in a positive way.”