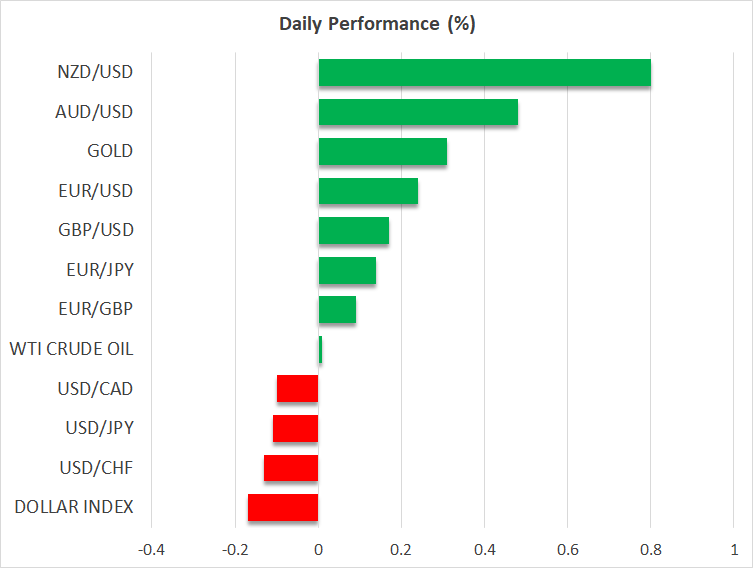 The party in US stock markets continues to rage. The S&P 500 and the Nasdaq hit new milestones yesterday, with tech heavyweights being at the tip of the spear after the Fed chief reassured investors that the cheap money punchbowl won’t be taken away immediately.

With the Fed playing it slow and Congress set to unleash another multi-trillion spending spree to power up growth at a time when the US economic engine is already revving, the stars have really aligned for equity markets. Best of all, it seems like any corporate tax hikes will be watered down significantly as industry lobbies chip away at the massive reconciliation bill.

The main worry is the Delta outbreak, but as we’ve seen time and again, markets rarely bleed because of virus developments. If anything, an escalation of the outbreak could fuel hopes for an even more patient Fed and put additional pressure on the politicians to step up their spending game. Virus worries are essentially a self-correcting dynamic for stocks, especially in the tech sector.

Over in the FX arena, the US dollar continues to bleed as markets price in lower chances for a September taper announcement by the Fed. The good news for dollar bulls is that this is a case of tapering being delayed, not derailed. Hence why the retreat in the greenback has been minor.

Markets are now trading on whether the Fed will signal tapering in September and start the process in November, or whether it will be pre-announced in November and implemented in December. The next edition of nonfarm payrolls this week will go a long way in settling this debate, but in the big picture, it doesn’t matter much. It’s only a matter of time.

Capitalizing the most on the dollar’s latest troubles have been the usual commodity FX suspects. The kiwi in particular has enjoyed a very sharp rebound as markets turn more confident that New Zealand will defeat the virus once again, allowing the RBNZ to initiate its rate hike cycle.

What’s especially striking about the recovery in commodity-linked currencies is that it is taking place despite signs that China is slowing down. The nation’s PMI surveys for August confirmed that growth is losing momentum, with the composite index crossing below the crucial threshold of 50.

This raises all kinds of questions. How long can foreign stocks and currencies of nations that rely on China’s endless commodity demand stay cheerful if the economy is losing strength? Will Chinese authorities respond with an avalanche of stimulus or will they take a more measured approach, in fear of an already over-leveraged private sector?

Making matters worse, Beijing continues its regulatory crusade. This time regulators are going after private equity firms and are also limiting the access of minors to online gaming. The issue here is the timing of all the recent changes – structural reforms into a slowing economy rarely pay off.

As for today, we get the latest Eurozone inflation stats and growth numbers from Canada. There’s growing chatter the ECB could also dial back its asset purchases in September. Even in this case though, it would be almost a ‘fake taper’, with the ECB slowing its emergency pandemic purchases only to increase its regular purchases later on. Rates won’t rise for several years, which is ultimately what matters for FX markets. 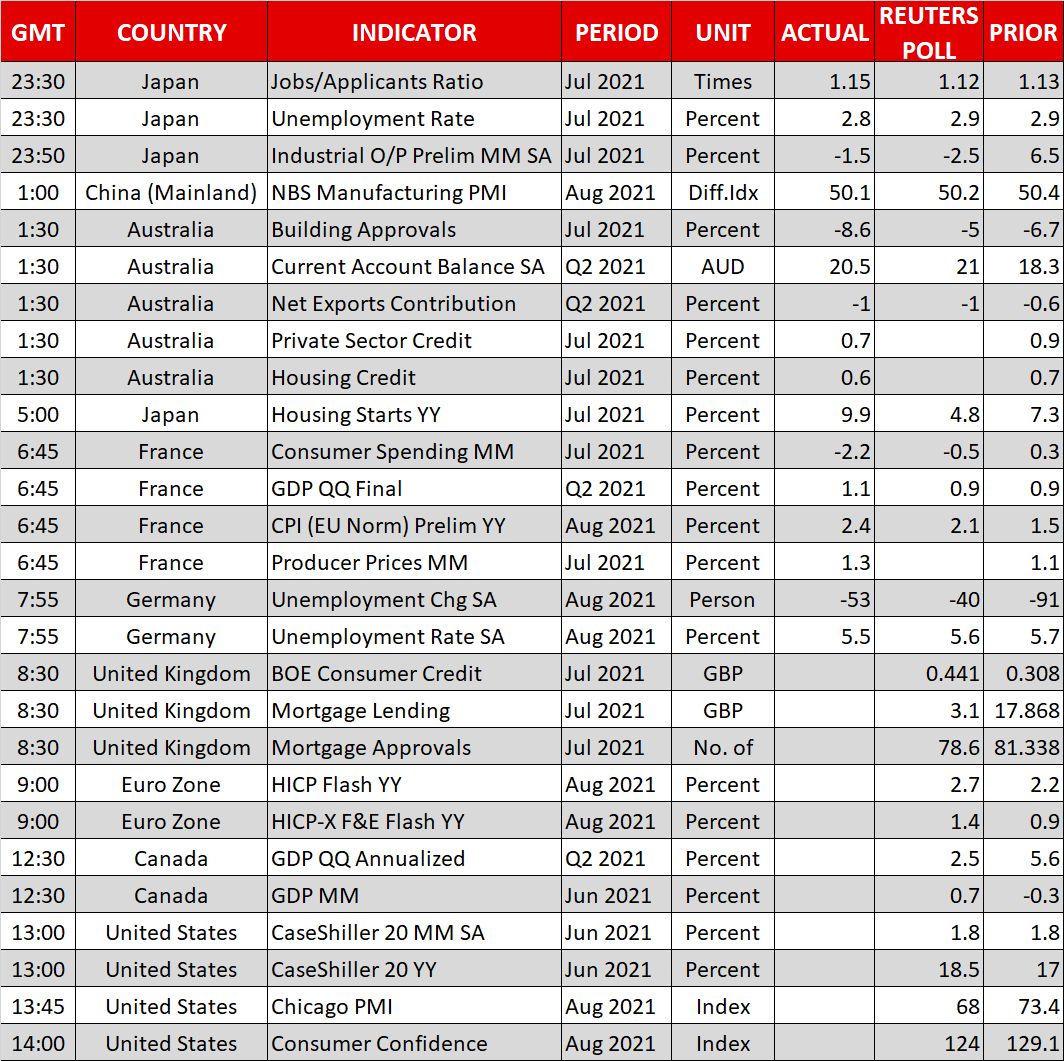